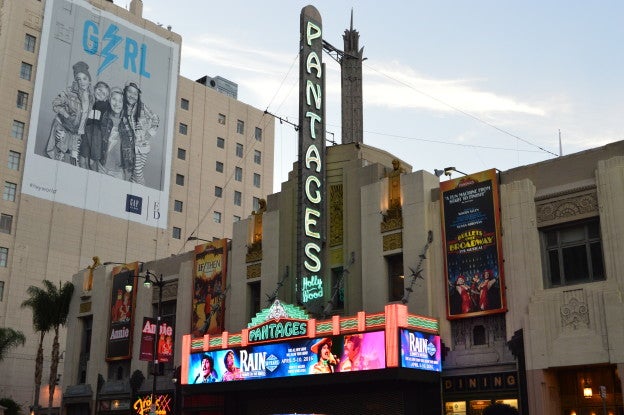 It's the first thing you see when you ride the escalator out of the Hollywood and Vine Metro station. It's the first photo-op for people arriving for a show. Our marquee has stood watch over Hollywood Boulevard for over 85 years. It has been featured in the opening of Jimmy Kimmel Live and various other television shows and movies. Did you know that there is also a replica of it at Universal Studios in Orlando? From the original to the digital update in 2013 here is a look at our beautiful marquee and all of its accomplishments. 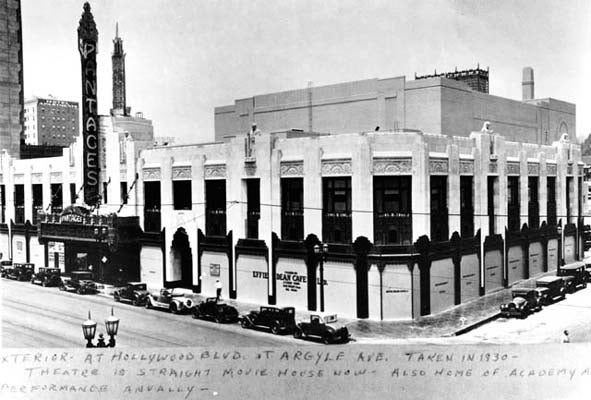 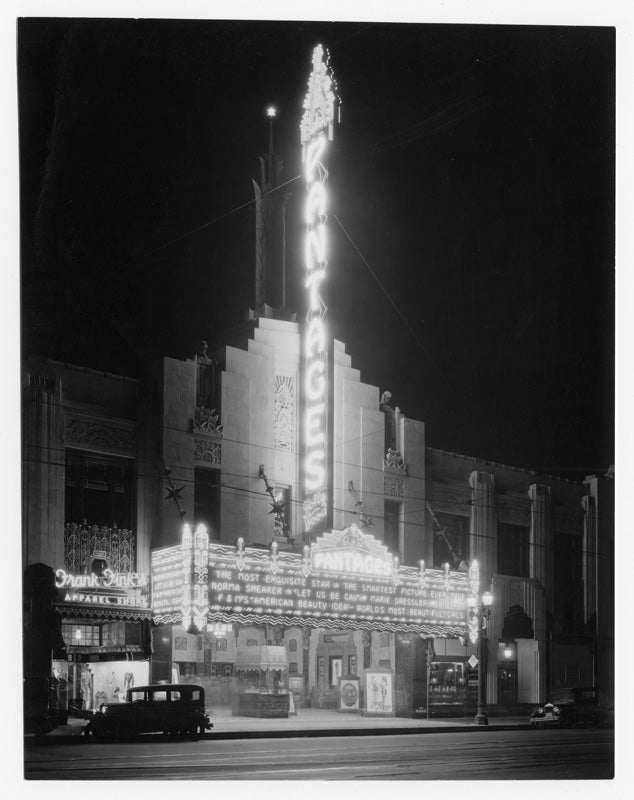 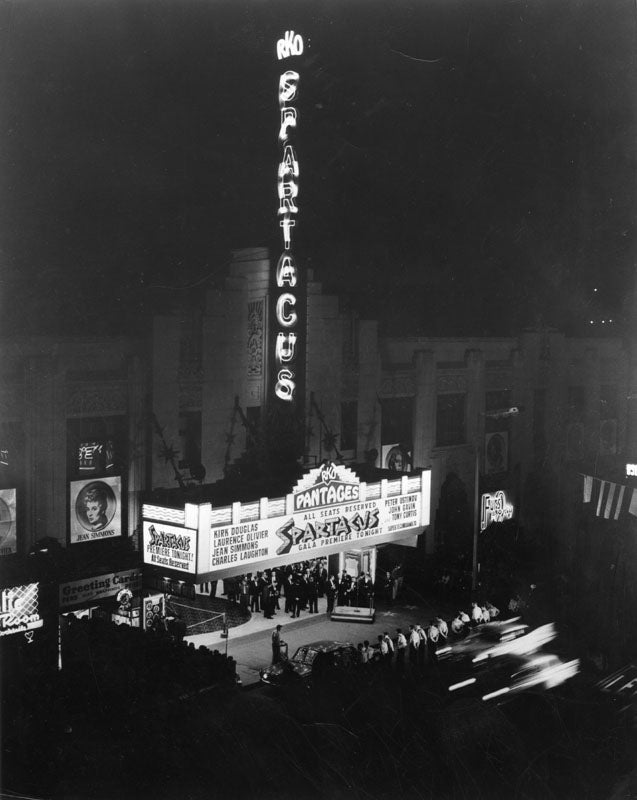 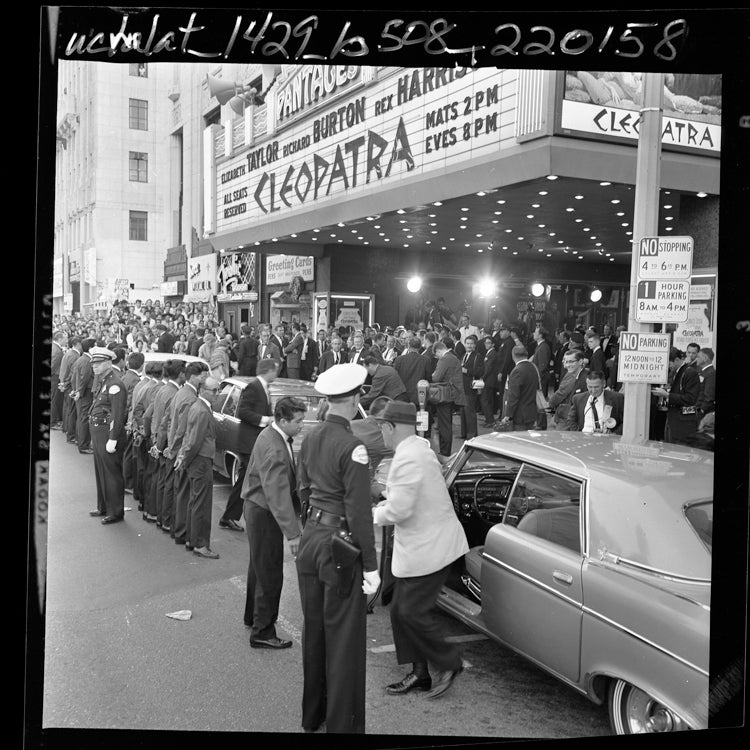 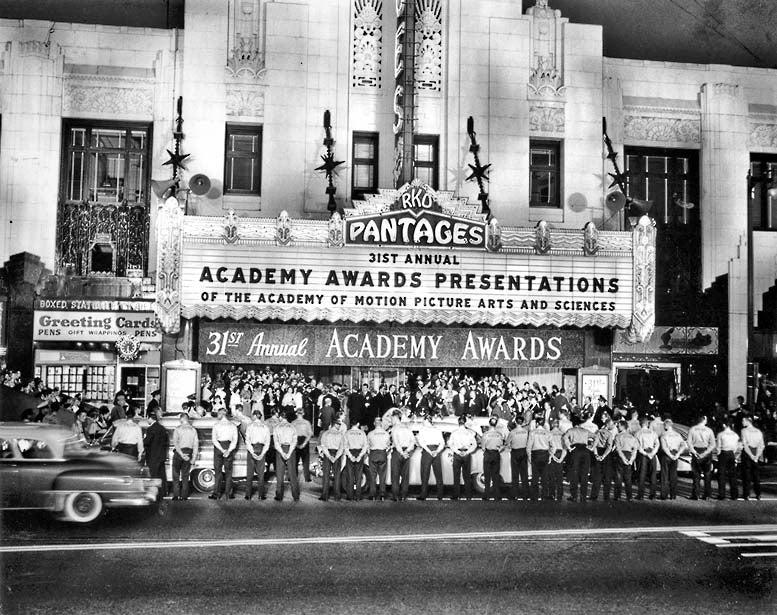 Apr. 6, 1959: Crowds gather outside of the Pantages Theater for the 31st Annual Academy Awards. This photo was published on page 2 of the Times the next morning. 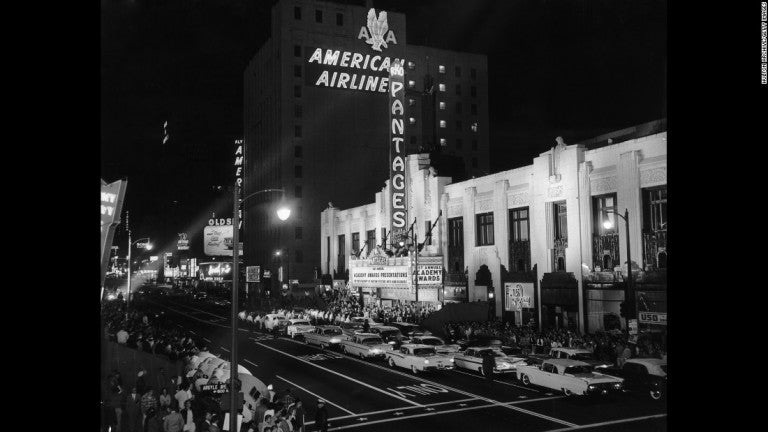 A wider shot of the crowd for the 31st Annual Academy Awards. 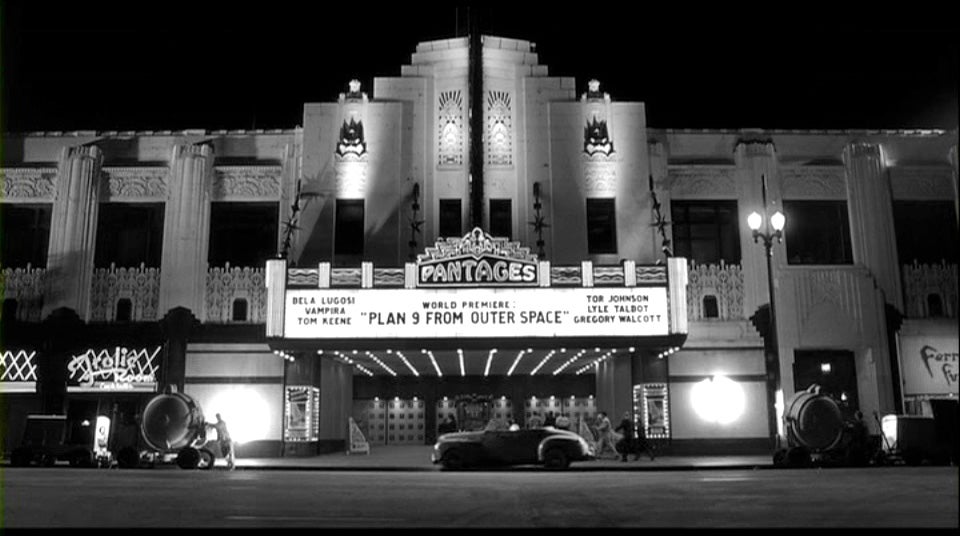 Screenshot from the film Ed Wood. The Hollywood Pantages is used as the location of the film within the film Plan 9 from Outer Space. 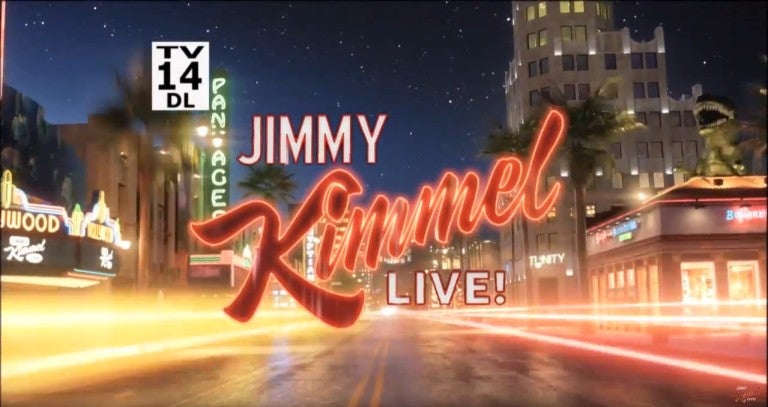 The Hollywood Pantages Marquee can be seen in the opening credits of Jimmy Kimmel Live. 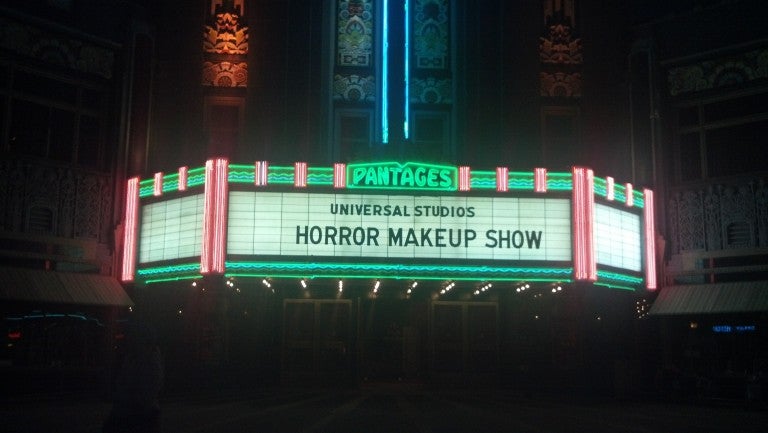 A replica of The Hollywood Pantages can also be seen at Universal Studios in Orlando. 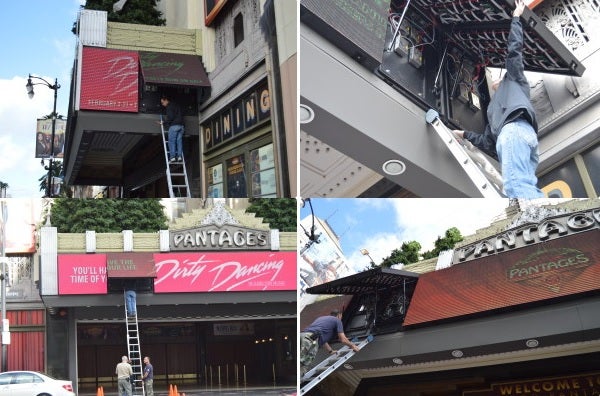 The marquee, made up of a series of panels, gets regular check ups to make sure all the pixels are functioning properly.