This month, we are highlighting iconic women who have made a difference in history: socially, culturally, and artistically - all who (and continue to) inspire newer generations of strong women to continue making an impact in their communities, their nation, and the world.

HISTORY HAS ITS EYES ON YOU

Inside the Vault: The Schuyler Sisters • Courtesy of The Gilder Lehrman Institute of American History 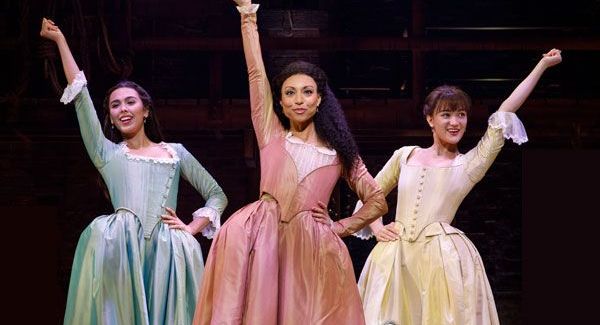 ALL STREAMING ON BROADWAY HD • NEED A SUBSCRIPTION? CLICK HERE 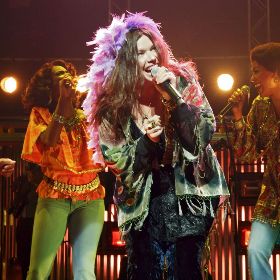 A Night with Janis Joplin: The Musical

Like a comet that burns far too brightly to last, Janis Joplin exploded onto the music scene in 1967 and, almost overnight, became the queen of rock & roll. The unmistakable voice, filled with raw emotion and tinged with Southern Comfort, made her a must-see headliner from Monterey to Woodstock. 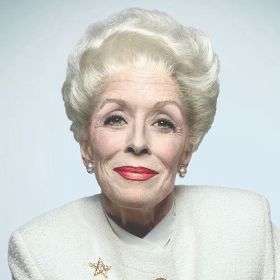 ANN is a no-holds-barred portrait of Ann Richards, the legendary governor of Texas. This inspiring and hilarious new play brings us face to face with a complex, colorful and captivating character bigger than the state from which she hailed. Written and performed by Emmy® Award winner Holland Taylor (“Two and a Half Men"). 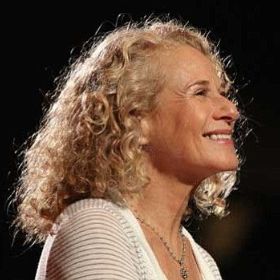 A celebration of the legendary singer-songwriter's life and career from 1960s New York to the music mecca of 70s LA to the present. Carole King joins collaborators and family in new interviews, while rare home movies, performances and photos complete the tapestry. 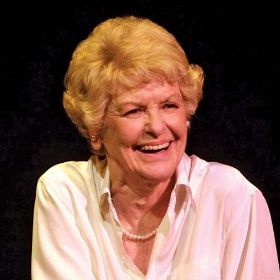 Star, legend, force of nature--whatever you call Elaine Stritch, it probably applies, and it's never more apparent than in her deeply personal one-woman show, At Liberty. With only an oversize shirt, black tights, and a chair, Stritch mesmerizes a full house at London's Old Vic Theatre with tales of her 50-plus-year career on stage and screen. 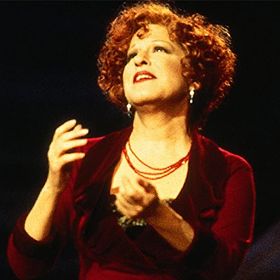 Bette Midler, in her network television acting debut, stars as the ultimate pushy stage mother, Rose, who seeks stardom for her two young daughters at any cost. Gypsy is a 1959 musical with music by Julie Styne, lyrics by Stephen Sondheim,and a book by Arthur Laurents. Gypsy is loosely based on the 1957 memoirs of Gypsy Rose Lee, the famous striptease artist and focuses on her mother, Rose, whose name has become synonymous with "the ultimate show business mother". 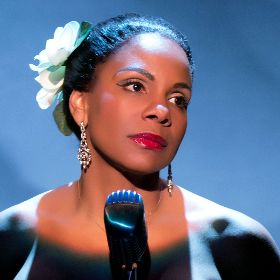 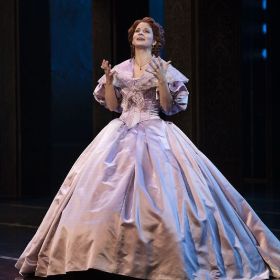 Rodgers & Hammerstein's The King and I

Set in 1860s Bangkok, the musical tells the story of the unconventional and tempestuous relationship that develops between the King of Siam and Anna, a British schoolteacher whom the modernist King, in an imperialistic world, brings to Siam to teach his many wives and children. The King and I is a testament to the lavish heritage of gloriously romantic musical theatre. 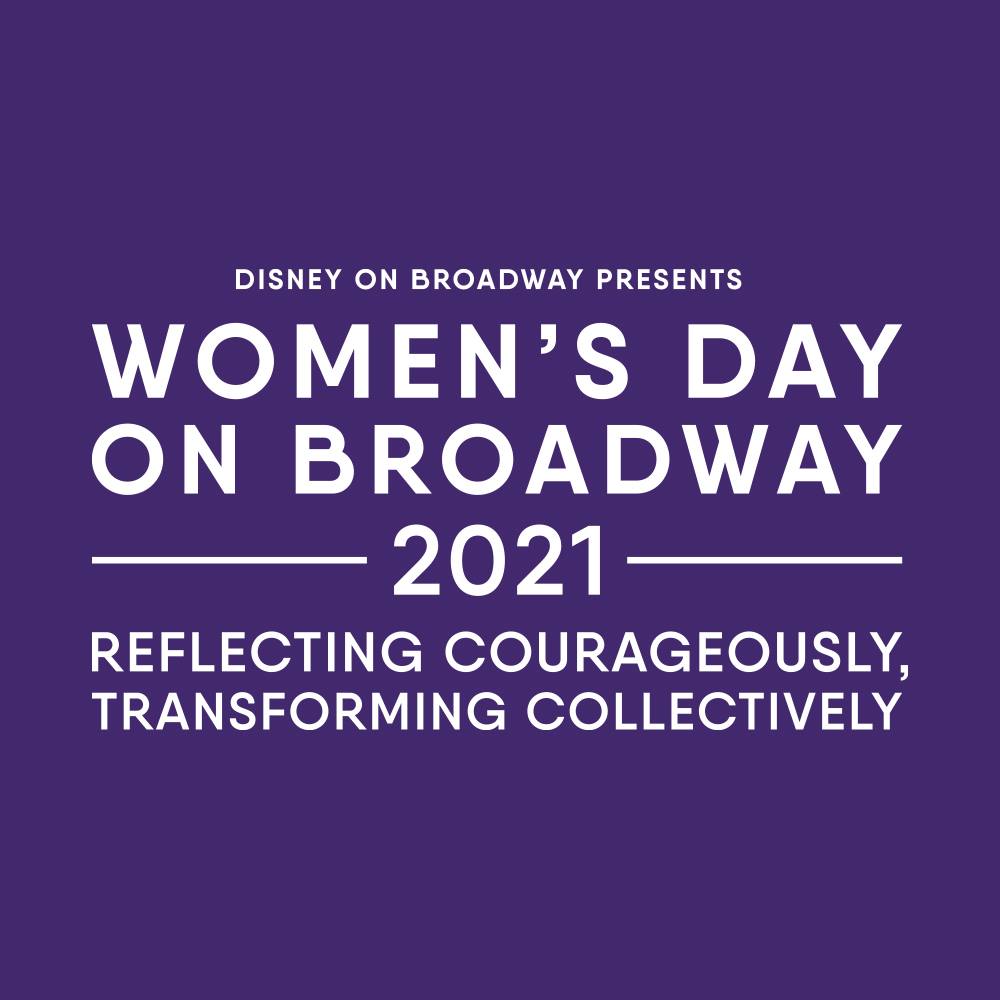 Disney’s Women of Broadway builds a community of women, including all those who identify as women and/or non-binary, who are working in — or fans of — the Broadway, Off-Broadway, and professional theater industry. Each event is meant to offer an opportunity to share experiences, struggles, and victories with the goal of supporting each other to make our industry stronger.

HIGHLIGHTS FROM THE 2020 EVENT 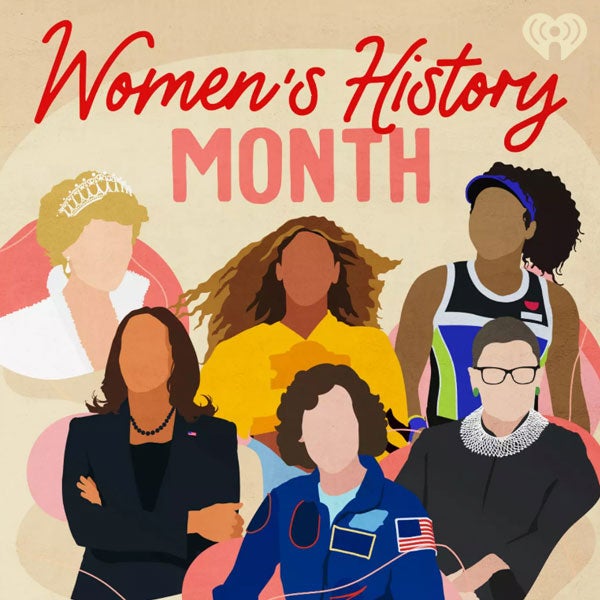 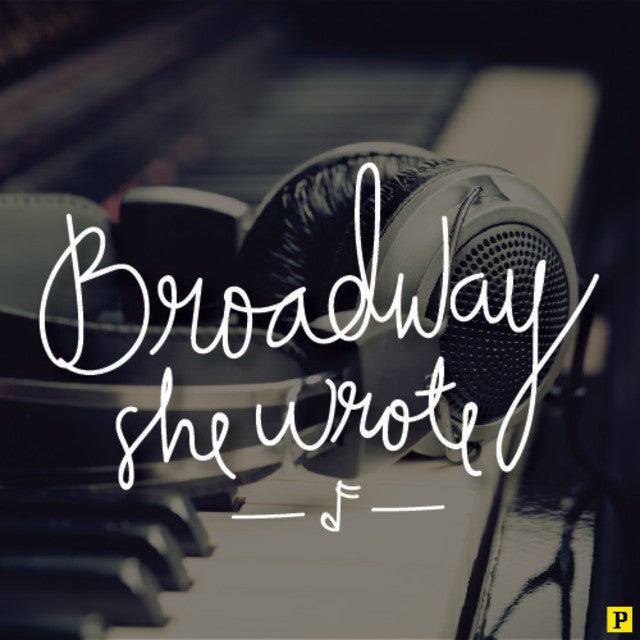 THE CURRENT QUEENS OF BROADWAY

While Broadway stages are dark for the time being, there are several trailblazing women waiting in the wings to tell their stories through song. From pop goddesses to world leaders to everyday citizen, here are some of the real women of history whose stories have made the stage. 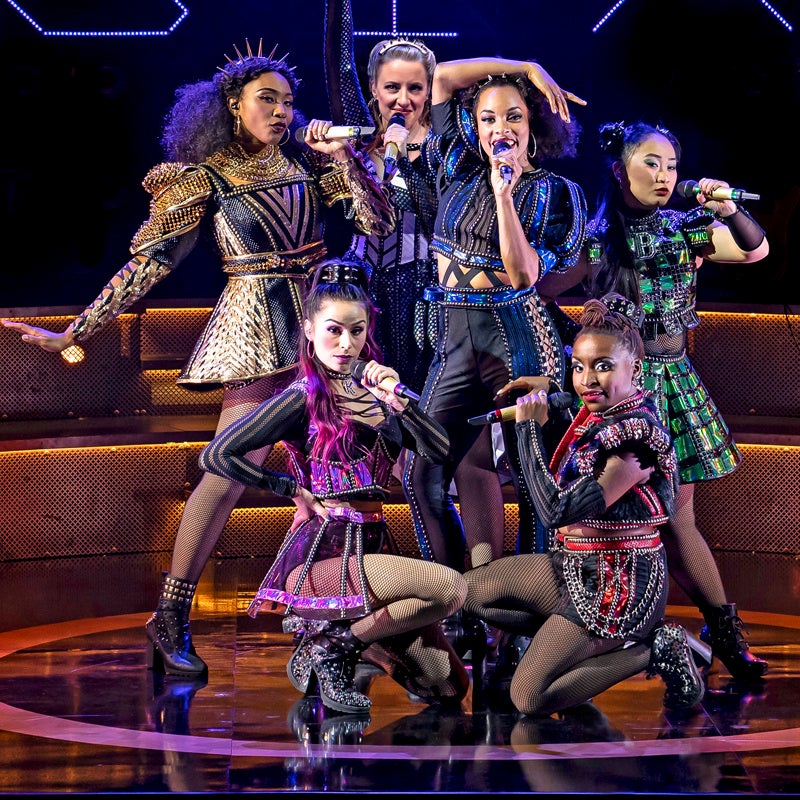 A HER-STORY OF THE SIX QUEENS

Before they remixed history, the six wives are Henry VIII were known for just that — being wed by some man (and some even beheaded by him). But in this pop-tastic history musical, Catherine of Aragon, Anne Bolelyn, Jane Seymour, Anna of Cleves, Katherine Howard, and Catherine Parr take centerstage and bring their stories to light. You’ll learn about who they were: writers, scholars, theologians, musicians, and more. They were so much more than just “wives.” 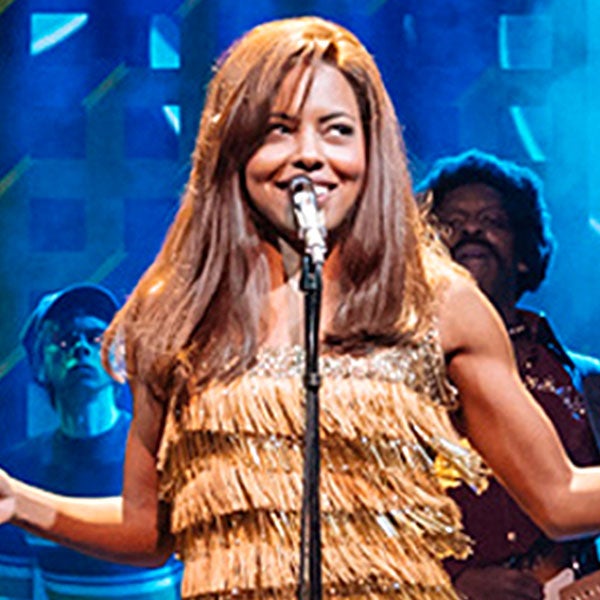 From humble beginnings in Nutbush, Tennessee, to her transformation into the global Queen of Rock ‘n’ Roll, Tina Turner didn’t just break the rules, she rewrote them. This new stage musical reveals the untold story of a woman who dared to defy the bounds of her age, gender and race. 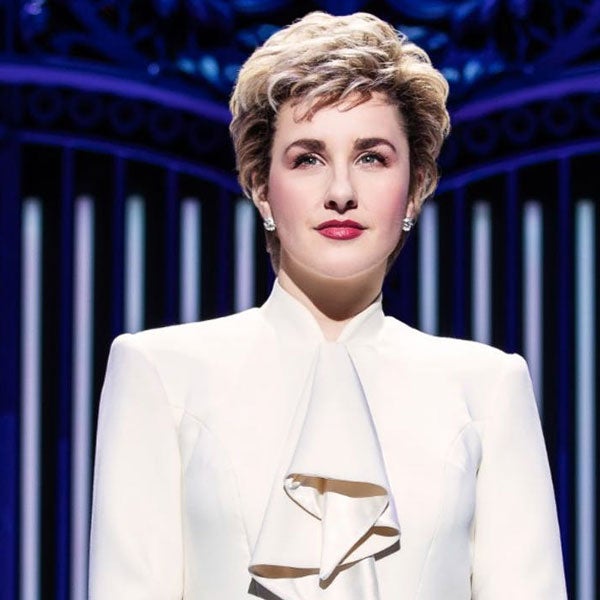 PRE-BROADWAY RELEASE ON NETFLIX IN EARLY 2021

A princess thrust onto the world stage. The tabloid media captivated by her beauty and vulnerability. The globe's most celebrated monarchy disrupted. This is the story of the most famous woman of the modern age as she struggles to endure a spotlight brighter than any the world had ever known. Leading fiercely with her heart, Princess Diana stood up for her family, her country and herself. She defied expectations, she rocked the royals and she created a legacy that will endure forever.

WATCH A SNEAK PEEK OF "IF" FROM DIANA 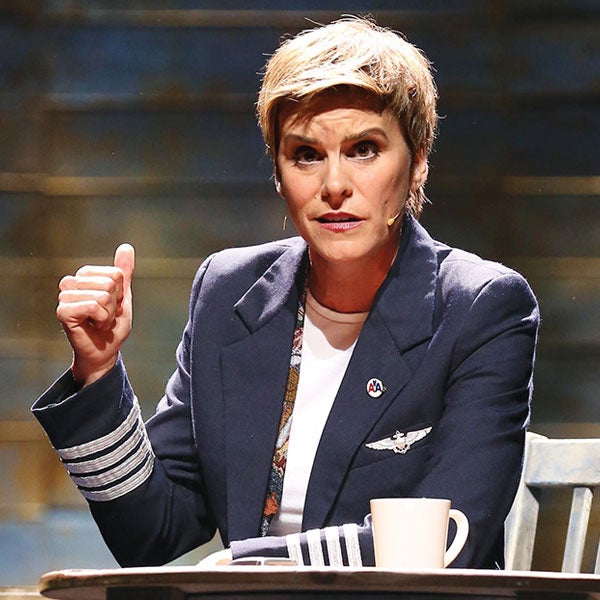 There are several real-life heroes onstage in “Come From Away,” which tells the story of how the small town of Gander, Newfoundland welcomed in thousands of stranded airplane passengers on Sept. 11, 2001. One of our faves is Captain Beverly Bass (portrayed by Jenn Colella), one of the pilots who was flying that day and emergency landed in Canada. Her 11 o’clock number “Me and the Sky” will give you all the feminist feels! 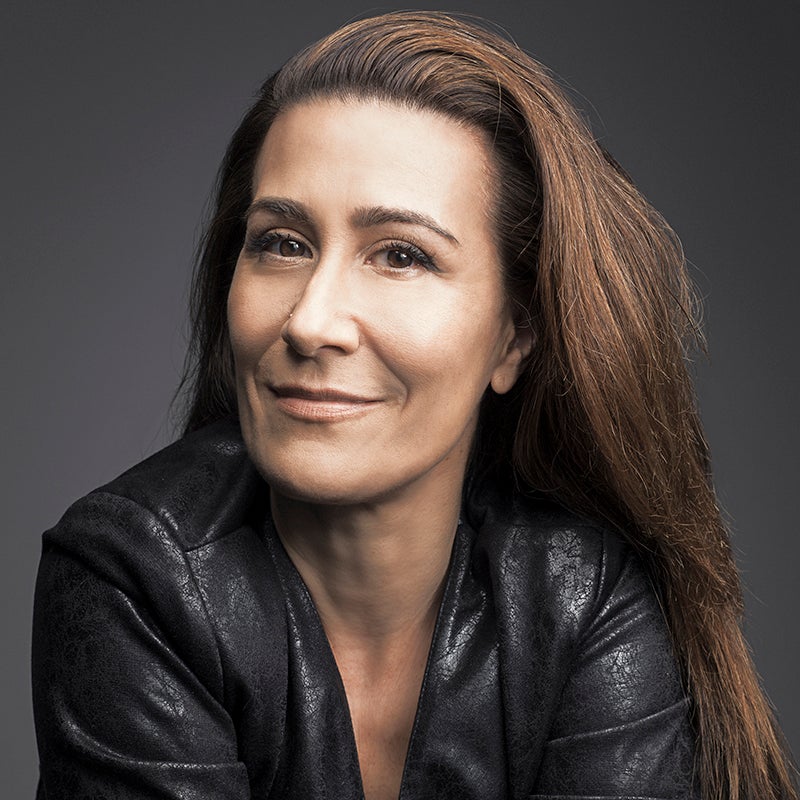 Tony-winner Jeanine Tesori is the most prolific and honored female theatrical composer in history, with five Broadway musicals and five Tony Award nominations. She won the 1999 Drama Desk Award for Outstanding Music in a Play for Nicholas Hytner's production of Twelfth Night at Lincoln Center, the 2004 Drama Desk Award for Outstanding Music for Caroline, or Change, and the 2015 Tony Award for Best Original Score for Fun Home (shared with writing partner Lisa Kron), making them the first female writing team to win that award.

Tesori made her Broadway debut when she arranged the dance music for the 1995 revival of How to Succeed in Business Without Really Trying. In 1997 she composed the score for the Off-Broadway musical Violet, for which she won an Obie Award, the New York Drama Critics Circle Award for Best Musical, and the Lucille Lortel Award for Outstanding Musical - and she arranged the music for the Johnny Mercer revue Dream, which she repeated with the 1998 revival of The Sound of Music and the 1999 revue Swing! She also served as associate conductor for the Broadway productions of The Secret Garden and The Who's Tommy.

WATCH SHREK THE MUSICAL ON NETFLIX 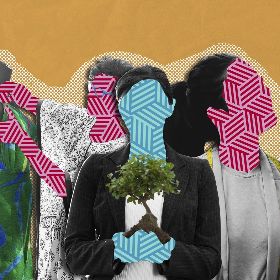 The Women who are redesigning LA | Los Angeles Times